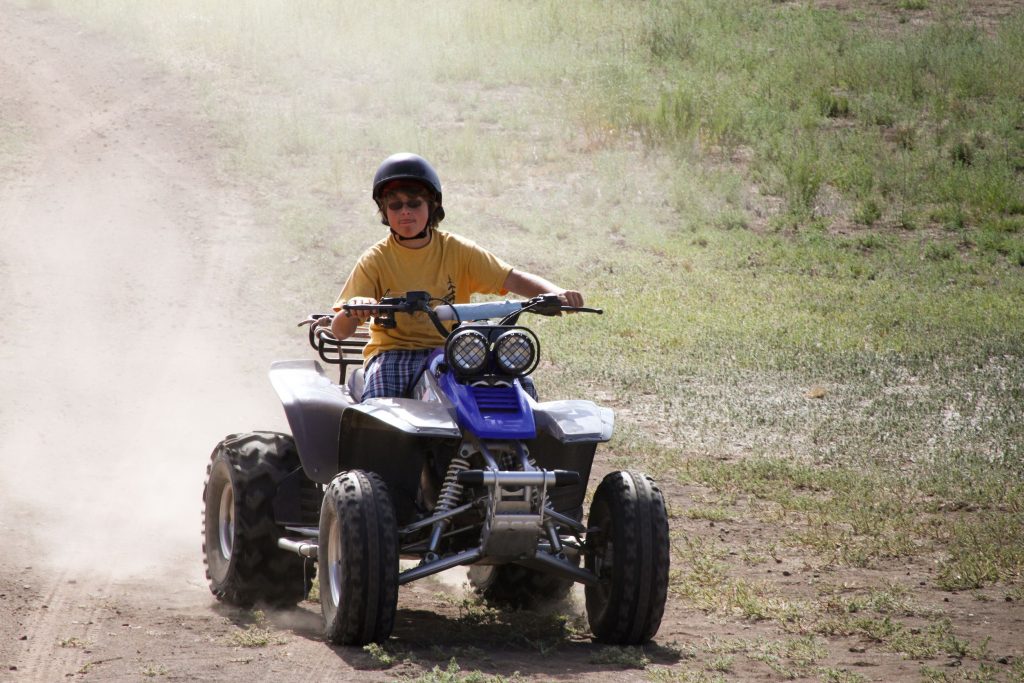 Many people love going for a fun day out and about and riding off road vehicles, such as golf carts, go carts, jet skis, buggies, and even snow mobiles. Used by adults and children alike, ATVs can provide entertainment for the whole family. But unfortunately ATVs can also be very dangerous. There are approximately 100,000 accidents involving off road vehicles every year in the United States, and they are often fatal and often involve children.

The main problem with off road vehicles is their lack of protection for their drivers and passengers, and their lack of other safety measures. For example, many ATVs, such as golf carts, do not have seat belts. Although some do not go very fast, even slow ATVs may be more prone to tip over easily, which can cause serious injury. Additionally, the heated parts of the vehicle, such as the exposed exhaust pipe, can cause serious burns.

Many ATVs, such as jet skis, can go extremely fast – up to 70 mph or more. In the hands of the untrained operator vehicles at these speeds can cause fatalities not just to those operating the vehicles and their passengers, but to others in the area as well.

Another major issue is that when off road vehicles are used on public roads the incidence serious crash increases because in general ATVs are not equipped to be operated on a public roadways. They often are manufactured with no lights, no on road tires, and no turn signals.

In a number of states drivers do not need a license to operate an ATV, and often no kind of certification course is required either. This means that there is usually no established qualification to determine who should and should not operate an off road vehicle.

Anyone wishing to drive an off road vehicle should ensure that he takes as many safety precautions as possible, wears a helmet, and makes sure he is first properly trained to be able to operate the vehicle safely.

Altrumedia operates an extensive online network to connect people in need with qualified help and information.

Monsanto produced Polychlorinated biphenyls (PCBs) from 1935 to 1977. PCBs were banned in the U.S. in 1979, due to serious health and environmental … END_OF_DOCUMENT_TOKEN_TO_BE_REPLACED

Inferior vena cava (IVC) filters are used to prevent pulmonary emboli (PE). IVC filters are recommended for patients who are at a high risk of … END_OF_DOCUMENT_TOKEN_TO_BE_REPLACED

Product liability involves several factors including manufacturing, production, and sale of a product. All of the parties involved in the creation of … END_OF_DOCUMENT_TOKEN_TO_BE_REPLACED